1. A Famosa Fort
< Map >
is a Portuguese fortress and among the oldest surviving European architectural remains in south east Asia. The Porta de Santiago, a small gate house, is the only part of the fortress which still remains today.


is the Chinatown street of Malacca. On Friday to Sunday night, is crowded for Jonker Walk Night Market.


also known as the Red Square, is a historical structure situated in the heart of Malacca Town. It was built by the Dutch occupants in 1650 as the office of the Dutch Governor and Deputy Governor.


a historic church building that was originally built in 1521. It is located at the summit of St. Paul's Hill and is today part of the Malacca Museum Complex comprising the A Famosa ruins, the Stadthuys and other historical buildings.


< Map >
110 meter high and can be rotated 360 degrees to the visitors a panoramic view of the city of Melaka as a whole. The tower is a revolving tower Gyro first type in Malaysia . Construction cost is around Rs 24 million. The design is based on the design of Keris Taming Sari
Address: Jalan Merdeka, 75000 Melaka, Malaysia
Opening Hours: Daily: 10:00 hrs - 22:00 hrs
Office Number: 06-288 1100


showcases the local history of ethnic Chinese-Malays called Baba-Nyonya or Peranakan in Malacca.

8. Maritime Museum
< Map >
Maritime Museum is a replica of the ship Flor de La Mar , built in early 1990 and was inaugurated by the Prime Minister of Malaysia, YAB Tun Dr. Mahathir Mohamad on June 13, 1994. In the next Phase II Maritime Museum. 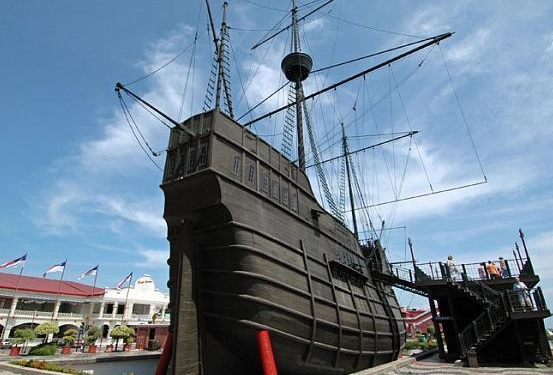 
In Wildlife Theatre Melaka, you will be entertained by the trio sea lion. 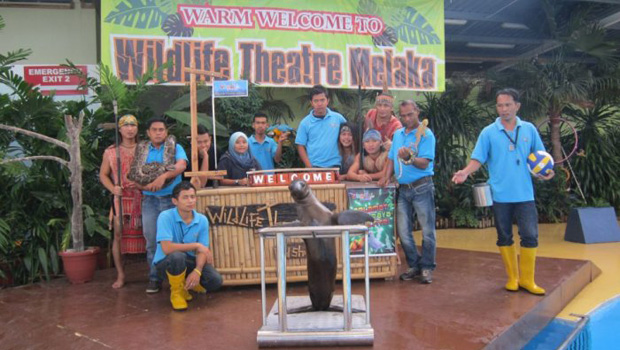 
Built in 1781, Sri Pogyatha Vinoyagar Moorthi Temple has been quite well maintained over the years. The temple is dedicated towards Lord Ganesha (Vonyagar) and consists of elaborate and intricate decorations. If you are in Jonker Street area then, it is definitely worth a visit to this temple. You can also visit during the evening time when the (puja) worship takes place

12. Villa Sentosa (Malay Living Museum)
< Map >
A visit to this place will take you back to the culture and history of Malaysia. This century old home acts as a living museum village which is presently inhabited by the granddaughter of the actual owner of the house. She is extremely courteous and will guide you through her house to get a better understanding of how people used to live in the past.

13. Heeren Street Heritage Centre
< Map >
It is easy to miss the place from the outside but the interiors are more refined. The place opens around eleven in the morning and has been declared as a UNESCO heritage site. You can get a brief idea about the history, architecture and culture of early shop houses that were based in Melaka. Admission is free of charge.

14. Hang Li Poh' well
< Map >
It’s just like an ordinary well to an average person but to a historian, this well has its history. It’s is said that this well never dries up even during the drought season. So it was the source of water for the folk around the area during the old days. Now, it is not properly maintained and the water is not that clean. It has now become a wishing well. Some visitors tend to make the well, as if it is a wishing well and probably there might be over a ton of coins lying at the bottom of it by now. One of the places where tour guides will bring you.
This well was located at a temple. Although it is a part of Melaka historic that mark the arrival of Chinese from China through a royal marriage between Puteri Hang Li Poh and Melaka Sultan, it has only a well to see.

15. Pirate Adventure
< Map >
Jalan Parameswara, Bandar Hilir, Melaka
Monday – Thursday 10am-7pm
Friday – Sunday, Public Holiday 10am-9.30pm
The Pirate Adventure is a pirate’s theme immersive indoor attraction. You are welcomed to dress up and make up like a pirate. During the tour, you will pass through several sections with different theme of pirate life before arriving the dark and humid jungle with buried treasure. Be aware, you are not alone, you will stumble quite a number of pirates inside the enclosed area! 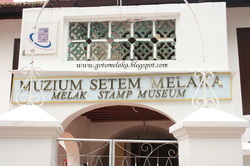